HFIP Real-time Experiment (HREx) is a project undertaken during the hurricane season to demonstrate that the application of advanced science, technology, and increased computing will lead to the desired increase in accuracy, and other improvements in forecast model performance since 2012 as laid out in the HFIP strategic plan. New and innovative Numerical Weather Prediction and data assimilation techniques, model configurations and products must be at least at RL4 or higher to be selected for obtaining HFIP computational resources on the NOAA R&D machines, JET and Orion, following a call for proposal in early April. The HFIP real-time experiments start officially on August 1 and end on October 31. Progress of these real-time runs are evaluated after each season to identify techniques that appear particularly promising to operational forecasters and/or modelers. These potential advances are then blended into operational implementation plans through subsequent model upgrades, or further developed outside of operations with subsequent testing.

Starting in the 2019 hurricane season, experimental versions of the UFS-based Hurricane Analysis and Forecast System (HAFS) were introduced to the suite. For the 2020 hurricane season, three regional configurations and one global nested version of the HAFS system were run in near-real time in NOAA Jet and Orion systems. The experiments are continuing in the 2021 hurricane season with one global version of HAFS and three regional configurations including HAFS ensembles and data assimilation. The experimental products from these runs will be available through the HFIP website. Led jointly by developers at NWS/NCEP and OAR/AOML and supported by NCAR/DTC, these efforts would efficiently and effectively transition the latest advances to operations for Hurricane models next year and serve as prime examples of successful community-driven R2O efforts for the broader UFS community. 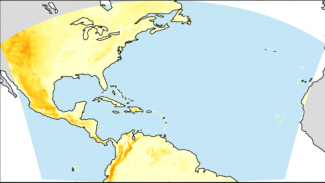 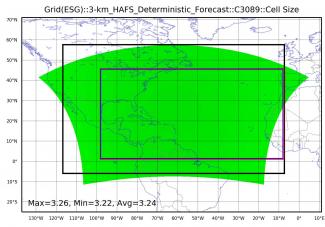 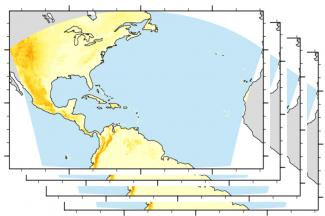 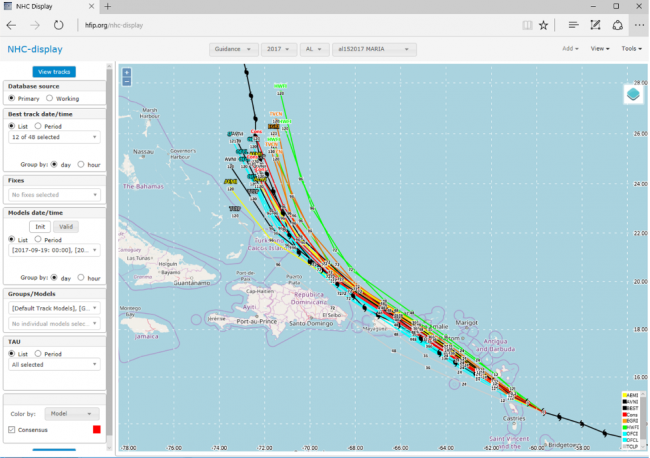 The NHC-Display and Diagnostic system is an open-source web-based display and diagnostic tool to display hurricane forecast track and intensity (best track and model guidance) along with associated observed track information (fix information, wind radii, etc.) for real-time and historical storms for all basins.  The display also allows users to compute consensus forecasts and display a limited number of gridded fields.   (e.g., SST). 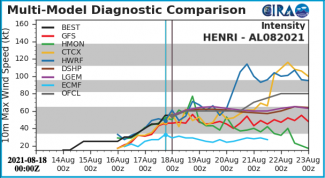 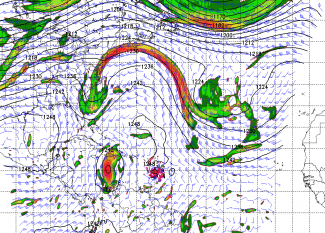